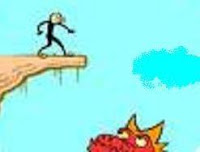 Neither give place to the devil
(Ephesians 4:27)
Is all sin the same? No, when Jesus said that to even so much as look at a woman with lust is adultery, He wasn’t saying that you might as well go ahead and do it. You have to have the sin in your heart and mind before you do it in action, but to add the act adds more sin. See?

People often miss the point about the consequences of sin. The simplistic notion that to make more of a deal over some sins than others is somehow wrong reveals ignorance instead of a more mature understanding of the heinousness of all sin, whatever its kind.

Some sins are worse than others. Yes they are. They are worse in what they do. They wreck you faster and more completely. They damage others more severely. They reach out further and make it harder for you to come back to God. Oh, His hand isn’t so short it cannot save you, but the further you are away, the more it is going to hurt you to get back, that is for sure.

How many people are leaving the door open for the devil? Many, but how many are assigning him a permanent place at the dinner table? It is a different question, and I want to give an example for us to think about.

There is a difference between continuing to make bad choices, falling back and repenting, etc., and having ONE choice to make but refusing to do it, like the difference between someone who is trying to overcome homosexuality and the person who won’t move out of the house from his gay lover, and the person who marches in the gay pride parade, actively promoting it. Homosexuality isn’t the issue with this missive, however, cohabitation is.

Fornication is wrong, of course. However, moving in with and then continuing to live with a sexual partner, as an unmarried couple, is outright rebellion. It is open warfare and it is different. You are leaving the door open for Satan 24/7 while in that state. At least the fornicator who is trying to repent isn’t in that state at all times, they keep making bad choices and letting the devil in. The outright rebel who only needs to make the one choice is always in their state; they always have the devil right there. They are always leaving the light on for Satan to come on in. The person who slips falls into a snare the person who sits is living in one continually and likes it.

There is a difference, a BIG difference between someone who falls into a snare and someone who dwells in the den. The person struggling with sin is leaving God’s table and eating the world’s food. The person who stays in the house of sin is having the devil over for dinner every night, with a permanent place at the table.

Whenever we sin, we are in danger of allowing the devil to get a foothold. If it continues and forms into a habit, that foothold becomes a stronghold. Those that fall into habitual sin are battling against a stronghold that the devil has gotten in their lives, and they keep fortifying it by their sin. That stronghold becomes a fortress. In our scenario, where some live as an unmarried couple, they move into the fortress itself, and they are paying the devil for the mortgage. You might as well put a sign on the front door that says, “welcome to the devil’s place”…

I thank God that He has given you the grace to say the "hard" things....even when they have applied to me! :)

This is very good, JD. Thanks for posting this. I'm no longer inviting the devil to dinner, but there was a time that I did in my life. Thank God for His mercy on my life.

Indeed this is a call to mercy...

Btw, you're really going to enjoy "Exegetical Fallacies" (DA Carson). I got it after reading a comment on Daniel's blog (ages ago) and it's highlighted through and through (old habit from college) after my reading it. It's a keeper. One I refer to time and again.

J.D.,
That was excellent point.

Thanks Jazzy, tomorrow's post is more of the same...

Good point, J.D. The very example you give is one I once ran up across. The sinning brother essentially said, "everybody sins, and this one is mine." But, as you point out, some sins give the Devil a much bigger foothold than others.

hmm... starting to wish it wasn't summer so I had more time to read. I need to find more time somewhere! :)

Thanks for the words written here. Makes me think even more about what I was reading in my devotions this morning. Good to have those added words.