The Pipeline of Power 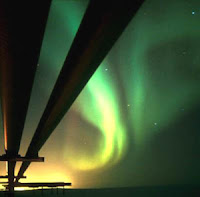 Finally, brothers, pray for us, that the word of the Lord may speed ahead and be honored, as happened among you,
(2 Thessalonians 3:1 – ESV)

I want you to consider something with me about what Paul is asking. Paul was this most amazing person, full of God’s power, and he prayed for believers to be filled with the same power and perspective and perseverance. And even though he was praying for them and was in authority over them and was further advanced in Christianity than them, yet he continually asked for prayer from people he had evangelized, taught and discipled, so that other people would be evangelized, taught, and discipled.

Think about that. Those he had helped build up he was asking for them to build him up. Everyone has significance in Christ, in the kingdom of God because of Christ. The strongest pray for the weak and the weakest pray for the strong. The ultimate thing for eternity is not your job, your looks, your talent, or your accomplishments, it is what you did with the power that God has given you, and that power is about the word of God running forth, to be spreading rapidly and triumphing in peoples’ lives. Prayer is the pipeline for God’s power.

Even a new Christian can do much to advance the kingdom of God. Not just by praying about your own witnessing, and in your own life, but also by praying for the word of God to be running and to be glorified everywhere, with the preachers of your church, with the ministries and peoples of your church, within your community, and with the missionaries you support. We pray for the power of the word of God to be running and glorified in the lives of others and they pray the same way for us, and we all pray for the word to run and be glorified beyond us to others who will join us. Are you praying for it?

Look at Ephesians 6:17-18 – Prayer is the hand that takes up the sword. Using the sword of the Spirit, the word of God, while praying, is praying in the Spirit. John Piper says, “Prayer is the power that wields the weapon of his word.” God remains the source to that power, but He grants us the privilege and joy of being the instrument of His power in prayer. God has appointed prayer as the means by which we all have a role in His saving purposes, which is greater than any greatness the earth has to offer. You just have to see things the way God does. He allows us to pray in and through to the victory He assures. Are the places you live and move in piped in to the power source?

Amen brother! I need to see more the significance of prayer. Truly God is waiting to pour out His power to accomplish His will as we pray.

Thanks, Jim...we will have several more posts from this passage in the next few days...

Good teaching. Prayer is essential to the Christian life.

I only grapple with this question, does God really need our prayers?

I would say certainly not.

God is the only self sufficient, self existent being or thing in the universe, He upholds everything else, as Creator and Sustainer, and He needs nothing...how gracious is He, then, to allow us the privilege of being "milk cartons", "serving plates" and "jars of clay", to be vessels "fitted for the Master's use"?

God has ordained that some of His purposes are performed through His creatures...all praise to His name!

Let us say that He did ordain that a certain thing was to be brought about in part by someone's prayer, but that in time that particular person was not so inclined to pray, what then? It would seem God needs this prayer, wouldn't it....?

Ah yes, but God orchestrates it so that the person in question will indeed have a desire to pray for said thing at said certain time, or else, He will have someone else to pray, and either way, His will being accomplished by and through prayer as He desired...

Of course, no real need to speculate, as the Bible clearly declares that God works everythng after the counsel of His own will (Ephesians 1:11), and we see that the most seemingly improbable means of our salvation, dependent on man, was still decreed by God (Acts 2:23)...God ordains ends and means...these things are interwoven somewhat mysteriously, but I think we should all hold to the old Puritan adage, "What God sovereignly decress in eternity, man will freely choose in time"...