The Fire of Obedience (with audio)


USE THE PLAYER ABOVE TO LISTEN TO THIS POST 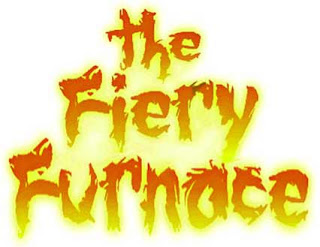 … we will not serve thy gods, nor worship the golden image which thou hast set up.
(Daniel 3:18)

This passage gives us perhaps the starkest contrast between the presumption and the obedience of faith. It also provides us with clear insight as to how we can identify each, and is relevant for today in that it deals with situational pressure not uncommon in today’s world. Of course, we are not as yet subject to being thrown into a fiery furnace, but the emotions and the temptation to compromise are the same in a sense.

Having seen so many different instances of what the presumption of faith looks like, and now having seen the antithesis, the obedience of faith, you hopefully are convinced of the need to discern between each. The question is: HOW? Pay close attention, please, you won’t regret it.

The young men had been obedient in some smaller details earlier in Babylon. Recall how they were not eating the polluted meat, but trusted God by eating only vegetables. Lesson: the obedience of faith is about being obedient in the small things first. Obedience in “little” areas opens up true faith to be used in “big” areas, not God doing something “big”, and then you obey in the small things. Question: are you waiting for God to do something big before you let go and completely obey? How many times do you compromise on the little things?

These young men knew that God was able to deliver them, but they did not presume that He would. These men knew that they were innocent in God’s eyes, but that they were indeed guilty of disobeying the unjust law. They were ready to suffer the flames of the fiery furnace of Nebuchadnezzar rather than suffer the fiery furnace of Hell. They were obedient to God’s will, believing as Job did – Though he slay me, yet will I trust him (Job 13:15). They did not whine about injustice, and did not use excuses to compromise. They could have reasoned, “why not just give in this once, for ten minutes?” Or, “we will be able to help our brethren more by staying alive”. But they did not compromise God’s glory for the sake of their own skin.

Lesson: The obedience of faith is concerned with matters of eternal importance, more than matters of earthly importance. Even in death we have victory, because we are not to fear them that can destroy the body but cannot destroy the soul (Matthew 10:28). Question: Do you complain out loud or to God about having to do more than others? Do you complain about injustice and/or persecution? Do you try to help God out by bending the rules?

These young men knew that they were doing what was right. They knew that their God was God. But they didn’t try and vindicate themselves by shouting down the King with taunts such as, “Our God will save us, you loser!” They didn’t presume upon God by acting holier than thou about their faith. They had confidence in God; but in His overall love and purpose for them, not in a belief that they would be shown as righteous before men.

Lesson: The obedience of faith is living out your faith before God and man, not giving lip service to God and provoking man. These men did not put their faith in a vacuum, everyone knew of them. But they did not live their faith with a microphone, either. Question: Do you think that if you are “doing what is right” that no harm can come to you? Do you chide others about their sin? Do sinners see God’s grace when they encounter you, or do you trumpet your personal faith?

How tragic it is to see supposed Christians today ignoring the lessons observed here. Some are waiting for God to move, while He is waiting for them to move. Some separate themselves from the culture so much that they never encounter the lost outside of church functions. Others browbeat people with the fact that they are “saved”.

There are many who believe that they are sanctified, when they are only sanctimonious. This behavior elicits two responses: “hypocrite”, or “holier than thou”, and neither works to bring the lost to repentance. Still others believe in their personal vindication, thinking that if they are following God that they can revile men. To these latter two groups I would advise a careful reading of the second chapter of Romans.

In this life we will all have to go through some fiery trials. Beloved, do not be surprised at the fiery trial when it comes upon you to test you, as though something strange were happening to you (1 Peter 4:12 – ESV). Everyone will have to go through a fiery furnace. There is the one the world puts you in for not doing it their way, but that one God uses to burn off the dross, He uses it as a refiners fire. The other type is the one that awaits those that bow down to the idols of this world. The question is, which one do you want?

This is taken from a previous post from 1-15-07, but now includes the audio, which has additional material in it...we will be doing this with many of our older posts, so that they can have the audio attached to them...hope these are edifying and enjoyable for you...God bless...

...and don't be afraid to leave a comment if you haven't listened to the audio...the posts can stand on their own, too...